Institute building and a row of shops 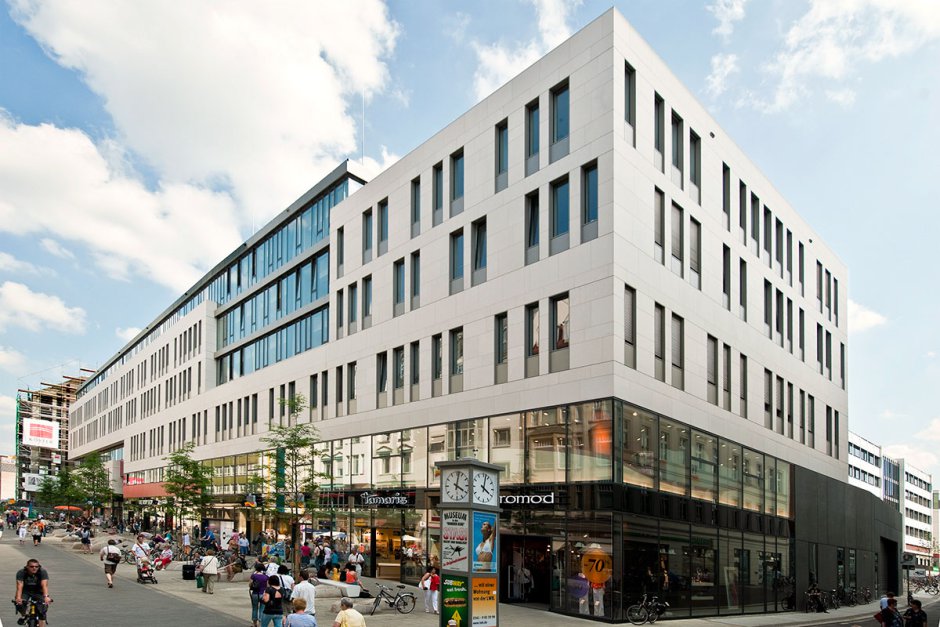 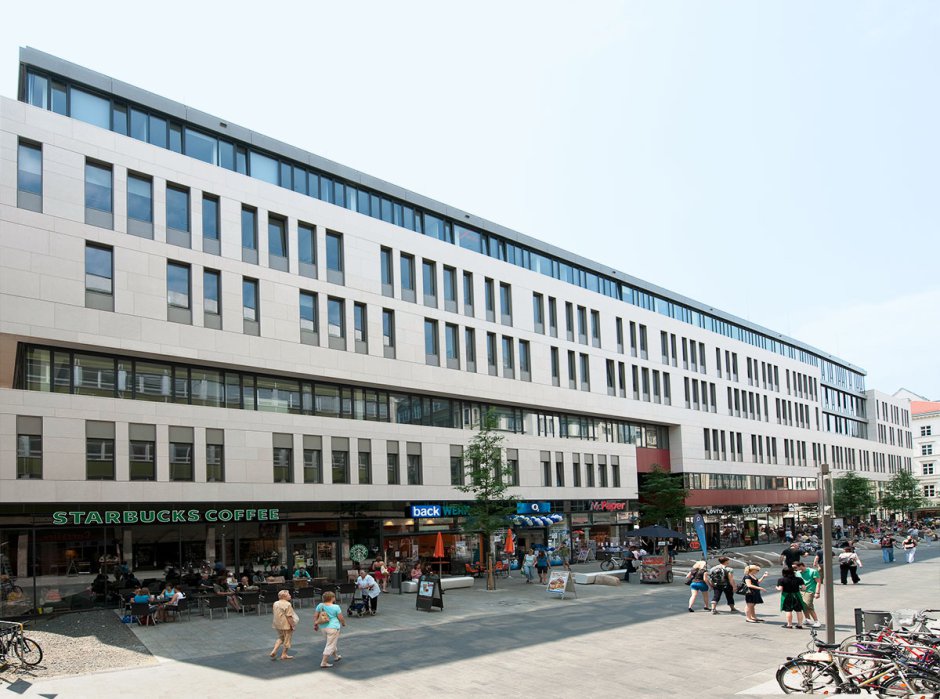 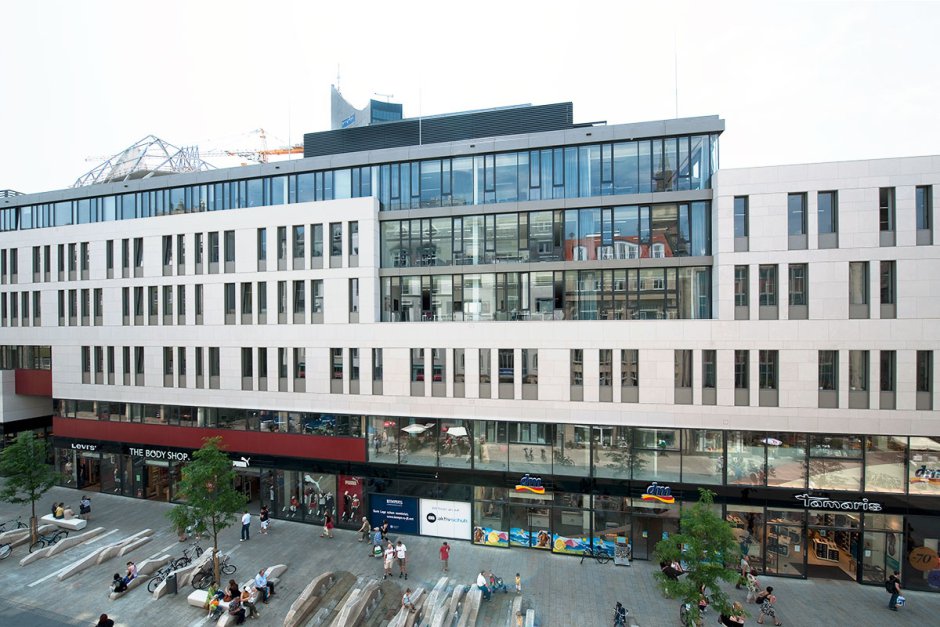 The design provided by the Behet Bondzio Lin architectural offices in Münster for the Economics Institute at the University of Leipzig was the result of an open architecture competition held in 2001. MIB had already been selected as the project developer and private co-investor for the public sector in a multi-stage investor selection process.

MIB also became the project partner for the University of Leipzig and contractor for the Free State of Saxony in this successful public/private partnership.

The new feature about this project involved combining a central university facility with newly created retail space at a top inner-city location. Each euro that was invested in the joint venture came from private and public funds on a pro rata basis.

There is a modern row of shops on the ground floor and parts of the first floor in the building right in the pedestrian zone. With tenants like Starbucks, Levis, The Body Shop, Promod, backWERK, “dm”, “street one”, “tamaris” and McPaper, this building on Grimmaische Strasse has developed into a top location. Grimmaische Strasse attracts higher numbers of passers-by than anywhere else in the inner-city area in Leipzig.

The new Economics Institute of the University of Leipzig has been built on the upper floors of the building. It also provides central access to the interior of the Leipzig University campus from the public roads.

The architecture of the building received special mention in connection with the German Urban Construction Prize.