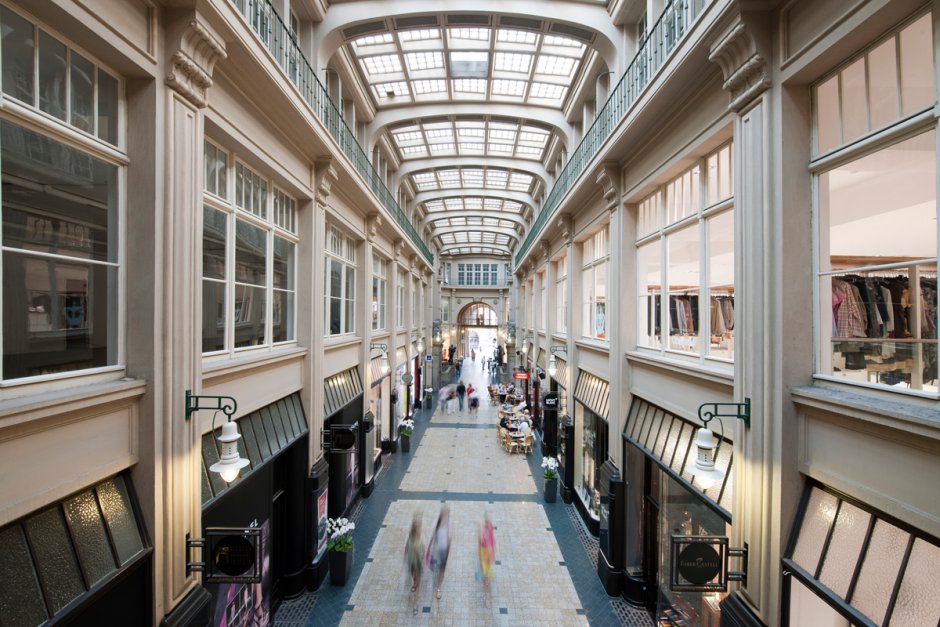 The Mädlerpassage is probably the most magnificent and one of the few remaining arcades in the trade fair city of Leipzig. Anton Mädler, the owner of the Moritz Mädler suitcase and bag factory, bought the complete “Auerbachs Hof” housing complex in 1911. He had all the buildings demolished and constructed the Mädlerpassage trade fair building between 1912 and 1914 to mirror the Galleria Vittorio Emanuele in Milan.

The “Auerbachs Keller” wine bar, which is world-famous because of Goethe’s “Faust” and dates back to 1530, was integrated in the new building. This gave rise to a five-storey building with an arcade that is 142 m long. The Mädlerpassage is now one of the most attractive arcades in the world. MIB’s aim is to continue carefully developing the arcade. It particularly wants to reduce the vacant office lots on the upper floors of the five-storey building. Overall, the arcade has an area measuring approx. 11,000 square metres, consisting of 2,600 square metres of retail space occupied by tenants like Liebeskind, Marc O’Polo, Falke, Juwelier Wempe and Montblanc, about 1,500 square metres of eating places and approx. 7,000 square metres of office accommodation.

MIB also wants to continue developing the top-class retail businesses in the shops zone. MIB believes there is an opportunity to specialise in the up-market segment in the arcade in order to differentiate it from the major department stores.